The Sixties will be remembered for mini skirts and mini cars, The Beatles and The Rolling Stones, boutiques and discotheques, and England winning the World Cup. But The 1960s Scrapbook also covers much more with its 1400 colourful items. Television gripped the nation with Coronation Street and The Likely Lads, while children were entertained by the Darlecks, Thunderbirds and The Man from Uncle.

Twiggy became the fashion icon and the E-type jaguar the motoring aspiration for men. James Bond was the spy to emulate and the space race caught everyones imagination, including a vast range of space toys. There are now ten Scrapbooks in this series covering the Victorian era up to the 1970s plus the Royal Scrapbook.

Together they form an invaluable resource of popular culture and lifestyle.

There are no reviews yet.

Be the first to review “1960s Scrapbook” Cancel reply 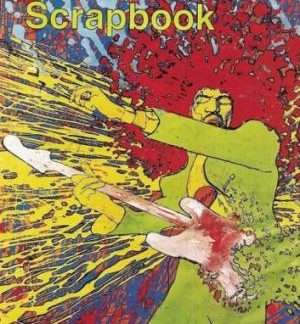